As part of our COP Columnist series sharing views on the Climate Emergency and what needs to change, Derek Handley, co-founder of Aera VC, connects the pursuit of the stars to a better future on earth.

In September, SpaceX took non-professional astronauts on a spaceflight aboard Inspiration4.

With all the challenges on planet Earth, it may seem like a frivolous waste of money and carbon emissions to send famous and wealthy “tourists” into space for a few moments or days of weightlessness.

But many similarly dismissed the Wright brothers’ efforts at Kitty Hawk in December 1903 as an underwhelming flight of fancy.

In fact, it was a small but crucial first step in the story of flight, which ultimately opened up global travel and connectivity to the masses which has transformed humanity forever.

In a similar spirit, Virgin Galactic and Blue Origin are symbols of the frontier of the second major era of space exploration, one where private industry is in the pilot’s seat.

The first era of space exploration saw the US and Russia invest vast public resources in their space programmes, even in the face of domestic issues crying out for attention.

But when President Kennedy vowed to land Americans on the Moon by the end of the 1960s, he knew it would unlock human potential in ways that no one could fully imagine. He was right.

Eyes in the sky

It is due almost entirely to the series of satellites launched by NASA in 1992 that we are even able to accurately measure sea level rise at all.

These ‘eyes in the sky’ are fundamental to our understanding of global warming. monitoring the vital signs of our planet: temperature changes, greenhouse gas emissions, soil moisture and glacier movements.

Since the beginning of time it has been inherent in human nature to make room for the risky challenges and longshots that enable us to understand ourselves, our planet and the universe we inhabit

Is space travel good for the planet?

The competition emerging in the space industry is crucial to delivering the critical mass that will make operating in space more affordable and spur a new wave of innovation.

Elon Musk’s satellite broadband company Starlink was born from the pioneering work of SpaceX, with its reusable rockets taking people to and beyond the International Space Station, most recently with the Inspiration4 spaceflights.

This pioneering challenge is partly what drew me to Branson’s quest to launch a space tourism industry and pursue the breakthroughs that could accompany it.

When I, along with what was then around 300 other would-be astronauts put our money down in 2012 for a Virgin Galactic ticket, we played a role to help underwrite and validate demand for a bold venture that might otherwise never have got off the ground.

“Somebody has to start. We’re just at the beginning but how miraculous that beginning is, and how extraordinary it is to be part of the beginning.”

This new era of space exploration is risky and expensive but will offer a net benefit to humanity. It doesn’t mean that we should turn our gaze skyward in favour of addressing the problems facing us on our warming planet. We should aspire to do both.

It's encouraging to see record amounts of funding pouring into climate tech, with the Silicon Valley Bank reporting US$58 billion will be invested in 2021, beating out last year’s record $35 billion.

At Aera VC, we have funded companies like Noya, which uses cooling towers common to industry all over the world to pull in air and extract the carbon dioxide from it.

At scale, this technology could make a significant impact on reducing the amount of CO2 in the atmosphere.

Dawn Aerospace, another of our investments, is creating reusable drone-like spacecraft that will usher in a new era of inexpensive and sustainable orbital access.

Their aim is to be the first spacecraft in history to reach space and return to Earth twice in one day. They recently completed a series of successful test flights from New Zealand, where I live and work.

Some very aspirational thinkers are pursuing more ambitious reasons for furthering into space, such as mining asteroids for minerals or relocating our polluting industries there.

If we can do it while consciously addressing any resultant space debris without causing chaos in the rest of the Solar System, why not?

Since the beginning of time it has been inherent in human nature to make room for the risky challenges and longshots that enable us to understand ourselves, our planet and the universe we inhabit.

We must keep pursuing them.

Those efforts have resulted in the finest moments of human endeavour and will ultimately play a role in ways we can’t even yet comprehend, in addressing the biggest challenge ahead - avoiding catastrophic climate change.

Derek Handley is a future Virgin Galactic passenger and co-founder of Aera VC, an early-growth fund investing in climate and deep tech ventures that accelerate the world towards a sustainable future.

People Pedal Power: Why This 16 Year Old Is Cycling From Devon to COP26 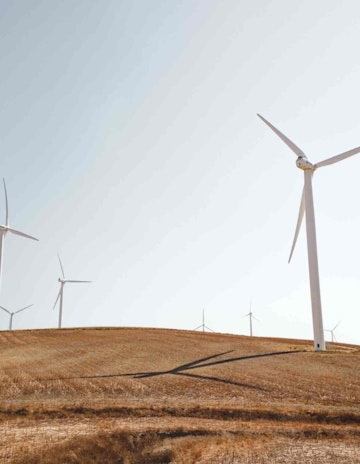 10 Great Ways To Be A Climate Optimist

26 Natural Realms Of The UK: The Writers Shining A Light On The Biodiversity Crisis