How can global solutions to the climate change be successful, if not everyone has enough seats at the table this COP26?

Melissa Mbugua at Creatives for Climate talks to us about how important African inclusion is in climate action.

At a time when humanity is facing its most urgent existential crisis, the global movement to literally save our planet is not including all its residents.

African people are not adequately represented in the global conversation on climate change.

Less than 1% of scientists who contributed to the most highly cited climate change research are Africans, according to a report by Carbon Brief.

Last year there was a controversy centering on the young Ugandan climate activist Vanessa Nakate who was cropped from a photo with white activists at Davos.

The language of global climate change does not include a significant proportion of humanity (16% of the world's population lives in Africa) yet they still must bear its consequences in spite of them not being responsible for causing it.

Words like "emissions" and "circular economy" do not resonate with Africans in a meaningful way that translates into their daily life.

Growing up in Nairobi, Kenya in the 90s, I heard a lot about environmental conservation from TV, radio, newspapers and at school (in the context of agriculture lessons).

However much of the language of the global movement now is detached from my reality in Africa.

Terms like "emissions are not well understood because we don't have much emission-producing industry as we have more of an agriculture-based economic system.

Circular economy, say in the context of fashion, is abstract to the young person in an African city because they are largely consumers of the second-hand clothes that people in the West donate.

So they are already thrifting by default because for most people second-hand clothes are the only affordable and accessible options.

A vegan diet may be a healthy lifestyle choice for someone living in Africa, but not mainly because it is reducing methane emissions.

Africa does not farm meat on as much scale and with the same highly-industrialised methods as in the West.

A business leader in Africa reading the SDGs on climate action may understand the urgency and importance of shifting towards more sustainable practice, but without relevant language to define the local dynamics and to mobilise locally, they are left under-equipped to tackle the climate crisis adequately.

Africa is a victim of climate change

African countries have contributed negligibly to global emissions yet people in Africa are most vulnerable to the environmental and economic shocks caused by climate change.

To give an example, there is currently an unprecedented threat of famine in the Horn of Africa due to locust invasions of the highest intensity experienced in 25 years.

This crisis has been connected to a change in the Indian Ocean dipole (higher temperatures) that was also linked to the destructive Australia bush fires of early 2020.

As a result the world is missing out on the knowledge and experiences of African people, who have much value to contribute.

The world is also not truly mobilising effectively to save the planet if a large proportion of humanity living on a large section of the planet is not deeply involved in the global cooperation for change.

The global climate sustainability movement must become truly inclusive, with those involved making a more concerted effort to seek out voices from around the world that are missing from the table.

This would lead to a more tangible connection and coordination between global policies, national policies and local actions.

Melissa Mbugua is an Advisory Board member at Creatives for Climate. She works at the intersection of technology, business, development and culture.

Her work focuses on building next-generation, inclusive ventures that address challenges at the frontier such as climate sustainability and culture in a digital society.

She collaborates with a global network and seeks to centre the African story. Twitter: @melmbugua

People Pedal Power: Why This 16 Year Old Is Cycling From Devon to COP26 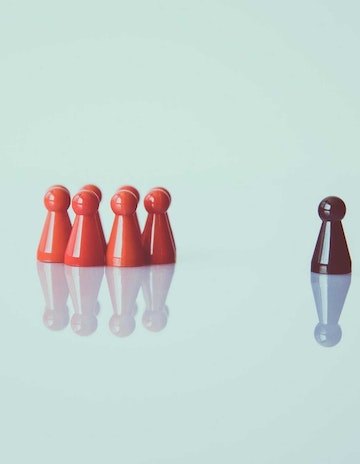 Why We Need To Dismantle Systemic Racism In Sustainable Fashion