Three surplus food producers tell us about how they're fighting food waste.

In the UK each person wastes on average £200 worth of food a year.

On a wider scale, one third of food grown globally is wasted through inefficiency, says the UN Food and Agriculture Organisation.

Back in the UK, our food waste adds up to 7.3 billion tonnes per year and 40% of British crops are rejected by supermarkets.

We get bombarded with numbers like this all the time but just think about that for a moment - 40% of our farms' produce doesn’t get even get to the shelves, let alone bought by you or me.

Why is food waste a problem?

Food waste is such a huge issue because there are so many scales to it.

Global, national, personal – food leaks from every level like water through a colander. And while food is biodegradable, the resources we're wasting are precious.

We use more water and land than we need growing food that’s dumped, the emissions used to grow this waste are larger than all but two countries’ outputs and that third of all global food that’s wasted – that would feed three billion people – at a time when large parts of Africa are in famine.

The problem can feel overwhelming.

But if the way to our hearts is through our stomachs, perhaps it’s also the route to changing behaviours.

There’s a small but growing tribe of foodie producers who are taking on different aspects of food waste and using their reject-to-really tasty products to win over consumers.

We talk to three of them.

Rubies in the Rubble

“Growing up I always had a larder full of chutney and different ones would come out every mealtime to liven up the meal - they literally added some magic to it,” says Jenny Dawson, co-founder of Rubies in the Rubble.

After working in the finance industry, Dawson wanted to start her own business and became obsessed with the issue of food waste a few years ago.

“I couldn’t believe the cost and impact of it and it didn’t make sense to me as we’re trying to feed more people while we’re wasting so much - no other industry runs with so much waste. We need to manage it better,” she explains.

Her business making delicious chutneys (and now ketchups) out of the fruit and veg that farmers are left with when the supermarkets turn it down, was inspired by her mother’s chutneys she had as a child.

“I was brought up on a farm in Scotland and my family are very sustainably minded and always had fruit and vegetable gardens. My mum preserved the excess fruit and vegetables as chutneys and jams and I wanted to do something that treated food as the precious treasure and prized resource that it is.”

With four chutneys and a new series of ketchups (Banana ketchup anyone or Pink Onion and Chilli chutney?), Dawson works directly with British farmers and takes the produce that doesn’t make it into supermarkets. It’s turned into chutneys and ketchups the day after she receives it – giving it a shelf life of two years and saving it from the bin. The range is stocked in Waitrose and Ocado and in plenty of independent delis.

While growth isn’t always easy for a small food brand, Dawson has seen the awareness over general food waste grow,

“Back in 2011 food waste was a hippy notion and people thought we actually made things from rubbish. There’s more awareness now that food waste isn’t rubbish. Part of the problem is that we call it food waste and it’s just inefficiency in the supply chain. It shouldn’t be called waste,” Dawson says. “A lot of it is because of manufacturing processes because it’s all machine lead. If a cucumber isn’t straight it won’t fit through the machine so it’s thrown away - it’s not valuing food enough to do something different.”

But it doesn’t always translate into positive action,

“People react to food waste and they hate the thought of what’s going on and point fingers at supermarkets but it’s also personal in the home,” she explains. ”We place much less value on food than our grandparents - it was so much more expensive in the past and we spent less time preparing it than we did. There’s also a lack of confidence and imagination in knowing what to make from leftovers in the fridge. There’s so many elements that add up to a lot of food waste in the home."

"Food waste isn’t rubbish. Part of the problem is that we call it food waste and it’s just inefficiency in the supply chain. It shouldn’t be called waste"

However having foodie treasure made from waste is a great way to start conversations and change behaviour at home,

“We hope that our product also makes consumers think about what they’ve got in their own fridge,” she says. “We want to change behaviour and give the customer a really tasty product, they’ve got a lot of power to change what’s popular.”

Hannah McCollum was a private chef who fell in love with making hummus out of veggies and crudities that would be left over after events or meals.

She’d whip them up each evening into a new dip and realised the potential of humble hummus as a vehicle to highlight personal food waste. Chic P became her full time business in 2015.

“I think that small producers are playing their part in redefining food waste – it’s not just supermarkets, the major problem is in people’s home and at events and people throwing stuff out that is fresh and we don’t think to keep it,” McCollum explains.

“Public buildings are the worst. For example in canteens at work, they can’t keep food for the next day and they can’t give it to charity. So much food goes in the bin and it’s an area that is really hard to target.”

McCollum started out with several recipes, testing amongst friends and through markets. She’s expanded into making sweet hummus like Banana, Peanut Butter and Cocoa, which can be good for people who want to stay away from sugar.

“I always use chickpeas, tahini, oil and garlic in the savoury ones and then only raw vegetables that otherwise would be thrown away. Hummus is healthy and full of protein and so versatile, it’s perfect for making with leftovers,” she says.

Part of her issue with food wasted at home is that often it is out of being overly cautious and through our confusion over supermarket labelling.

“We need people to not be so fussy about food being not totally fresh and to use their common sense. We are all too sensitive about labels,” she says.

“As humans we can use common sense and our sense of smell to tell when something’s off. We rely on supermarket labels to tell us everything about freshness and we’ve forgotten how to do this ourselves."

Her surplus made hummus can be found everywhere from Soho Farmhouse to Selfridges and through independent stores.

Have you heard of fruit cheese? Many people haven’t.

“We’ve had in this country for centuries but we’ve forgotten about it,” says Hazel Griffiths. “It’s a set sliceable preserve served with savoury cheese or meats."

As Fruit Magpie she first began making it out of quince after the fruit tree in her garden kept giving her far more fruit than she could eat fresh. Through years of going to Spain and eating fruit cheese there gave her an idea to try and make it herself and when that worked, a network of friends in horticulture and with allotments has allowed her to expand her range.

“Traditionally fruit cheese is made with damsons or medlar but other sharp fruit works well and I’m now developing my own recipes. The preserve is very concentrated so it uses a lot of fruit which is great.”

Combating food waste was something home cook Griffiths wanted to do at a personal level but after her fruit cheese took off in one north London deli, she realised she was onto a sustainable business idea.

“Food waste was key when I started. I didn’t expect to be making a business out of it - I just thought I didn’t want to waste all this lovely fruit,” she explains. “There’s a phenomenal amount of excess fruit in London from so many fruit trees and if they’re happy they will produce far more than you will ever need.”

Scaling up hasn’t been an issue, she now receives fruit from all over London and quickly turns it into fruit pulp and freezes it until she needs it.

Rather than relying on supermarkets for everything, Griffiths wants to highlight the potential of our own gardens and private spaces and thinking laterally about food.

“We don’t talk about the value of fruit trees we have in our back gardens” she explains. “Garden grown fruits aren’t always the commercial varieties you find in supermarkets but the flavours can be amazing. All this surplus food is just there to be used.

And if you’re eating something local, chances are it’s not used chemicals and you’re not buying something that’s had to travel thousands of miles."

Griffiths' approach and her unique fruit saving business saw her listed in Observer Food Monthly's top 50 foodie things, a fantastic achievement for Griffiths after only being in business for a year and a half. Her mission now is to highlight the foodie potential of London’s private spaces.

“I think people write off their spaces but it’s incredibly easy to grow stuff even in tiny spaces. If you eat rocket, it’s the easiest things on earth to grow and if you grow your food, you place more value on it and think more about throwing it away.” 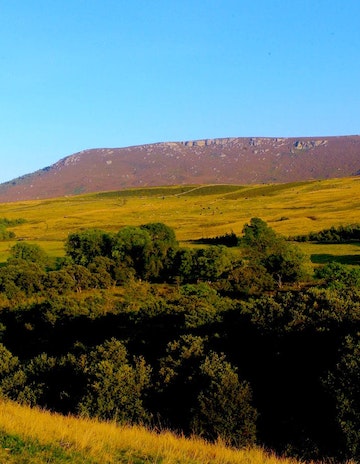