Going for (Fairtrade) gold: It’s time to care how your bling is born

How can you make sure your gold jewellery does better for the planet?

We’ve worshipped at the altar of gold for thousands of years.

Greek mythical king Midas turned everything he touched to gold, millions moved west in search of it in 19th century America and most people will at some point in their lives wear a gold wedding ring.

So isn’t it time we ensure the people mining it and the environments it comes from aren’t ravaged in the process?

Why is gold not eco-friendly?

16 million people work in the artisanal and small scale mine business, providing the gold and silver that sits on our skin, that adorns luxury fashion and that makes our electronics work.

Don’t be fooled by the industry’s name, these 16 million people work in some of the most hazardous conditions on earth, for one of the most opaque sectors there is.

Much like no one thought about where their cheap T-shirt was made until a few years ago, jewellery has long been spared the conscious gaze.

It’s a gift, a treat, a special occasion and for 99% of people, the sparkle and shine is all there is, there is no thought about where it came from.

Slowly this is changing.

Ethical jewellery brands are popping up in the UK, US and Australia and they want to educate their customers about how, just like your coffee, water, clothes or beauty products, your jewellery’s journey should be a consideration.

Is Coffee Bad For The Environment? 7 Problem Areas For The Coffee Industry

According to Fairtrade, 60% of gold that’s mined globally is destined to end up as necklaces and rings, bracelets and earrings.

20% of this comes from small scale mines, often run by co-ops or families who have little more than a pickaxe to work with.

“There’s little to no safety equipment, miners carry out the physically demanding work in unsupported pits and poorly-lit underground tunnels.

Miners extract the precious metal using toxic chemicals such as mercury, which is harmful for human health and the environment.

They simply can’t afford to use safer processing methods. This can cause birth defects, brain and kidney damage, and can contaminate water supplies, entering the food chain through poisoned fish. Small-scale gold mining is the largest source of mercury pollution to air and water combined.

If not done responsibly, mining can cause deforestation, as well as air, water and soil pollution from dust and mud which contaminates local agriculture and wildlife.”

It doesn’t end there. From using child labour to operating in conflict zones, small scale gold and silver mining is a litany of environmental and social disasters.

“In the Philippines, thousands of children are used to work in unstable 25 metre deep pits or they mine in rivers for gold, using oxygen tubes to breathe. The use of mercury is also pretty heavy handed so these children also risk irreversible health damage.”

What is Fairtrade gold?

Now there are four Fairtrade mines, three are in Peru and one in Uganda (which opened last year). The latter is the first artisanal, cooperative owned gold mine in Africa.

At present these Fairtrade gold mines make up less than 1% of the industry but they’re growing slowly. Fairtrade along with Comic Relief are working on a handful of other mines in Kenya and Tanzania too.

A Fairtrade mine means that miners receive a set premium for their gold ($2,000 per kilo), child labour is banned, all of the precious metals are traceable back to the mine and mines use cleaner and greener ways of extraction (using less mercury is a big difference).

It takes years to set up and audit each mine but it will go on making lifetimes of difference.

Fairtrade price premiums mean that the miners can invest in better equipment which increases productivity, so they have more gold to sell.

Increased revenue means there’s more money for local projects, a better electricity supply or education for some of the poorest people in these countries.

“Consumer demand for Fairtrade gold has the ability to literally transform communities.

In Peru, miners have used their premium to buy beds and mattresses for the local clinic, provide electricity for schools and create a bursary to help people pay for school fees,” says Parry.

So who’s working with ethical jewellery and Fairtrade gold and silver?

“How and where our luxury goods are made matters,” Earle says.

“More consumers than ever before are saying they don’t want to wear the wages of disaster, either as fashion, clothing or accessories.

Her Fair and Fine Botany collection, inspired by nature, comes from the Sotrami Fairtrade mine in Peru and uses 24ct yellow gold and rose gold vermeil and Fairtrade silver. She partnered with leading ethical jewellers Cred,

“Like all great pioneers Cred constantly source partners who reflect their values and their insights into the development of Fairtrade practices for mining gold and silver were used as the basis for the standard of Fairtrade gold when it launched in 2011,” she explains.

RAW Copenhagen was set up by Karina Johansen, a Danish woman with a former career in human rights and diplomacy. She wanted her jewellery brand to shine a light on the environmental and human cost of mining.

“From an environmental perspective, the extractive industries are amongst the most polluting. As such, traditionally mined gold and silver is a highly polluting endeavour that destroys the landscapes and leave behind huge amounts of toxic waste," she explains.

"Not only are the areas from which the precious metals are extracted often left destroyed, also the surrounding areas get contaminated and ecosystems get destroyed as cyanide, mercury and other toxic substances are released into the environment. These practices have been used with devastating consequences in places like China, Ghana, Peru, Romania, Russia and South Africa."

Her range mixes Scandi minimalism with ethically sourced gemstones and ECO-silver to create bracelets and necklaces that can be layered up or worn simply.

But it hasn’t been easy for either of them to set up something ethical and transparent.

“It’s been no easy task, partly due to limited resources and also to the jewellery trade’s reluctance to shine a spotlight on the provenance of one of the most important raw materials, gold,” says Earle.

“Ethical practices and Fairtrade principles are still a relatively new approach in the jewellery sector as opposed to the food industry,” explains Johansen. Because of the difficulties in securing ethically mined silver, she mostly uses ECO-silver in her designs (see our quick guide below).

At present, according to Fairtrade, Fairtrade gold supply outstrips our demand for ethically mined gold and silver, but a lot of this is down to a lack of awareness around both the issues of mining and the existence of Fairtrade gold.

“If you come across local jewellers who don’t sell Fairtrade gold, you can ask them about it, the more consumer demand, the more companies will get on board,” says Parry.

"More consumers than ever before are saying they don’t want to wear the wages of disaster, either as fashion, clothing or accessories"

But it’s all relative. The ethical jewellery market is even harder in the US, where there remains little to no awareness of ethical gold or the need for such a thing.

“Fairtrade gold is having a significant impact in the jewellery market in the UK because it has wide support of the mainstream industry,” says Marc Choyt, CEO of Reflective Jewelry, America’s only certified Fairtrade gold jeweller.

“In the US, at this point, Fairtrade gold has no impact on the consumer market for a number of reasons. Most ethical customers are deceived into thinking that recycled gold is the solution to mining issues.

For the artisan mining sector, the movement is still small, but it represents a hopeful solution to millions of small scale miners who are exploited and live in poverty.”

Livia Firth and Emma Watson, both darlings of the ethical fashion industry, have been snapped in ethical gold of late. High profile jewellers like Stephen Webster are also getting on board.

“If we can achieve an ethical and fair provenance for goods as transient as a T-shirt, surely we can also work towards creating a fairer and more transparent journey for the gold that we wear as jewellery, something so often given as a symbol of eternal love,” says Earle.

“Taking into consideration the huge labour force and the communities that small scale mining supports, the implication of buying from ethical jewellery brands are huge and will have a bearing on millions of people,’ says Johansen.

Your quick guide to ethical gold

At present Fairtrade gold is easier to come by than silver. Fairtrade’s acreddited mines do produce a small amount of silver as well as gold

“ECO-silver is a green alternative to traditional Sterling silver,” explains Johansen. “It is made of 100% recycled and scrap Sterling silver, made up of leftovers from medical equipment, antique jewellery, outdated electronics and so on which is all melted down and transformed back into sheets or wire to start again.”

Because it’s already been extracted and is essentially upcycling what already exists, there is a minimum carbon footprint and it’s more eco-friendly.

How much more expensive is ethical gold?

Fairtrade gold should be around 8% more than untraceably mined gold, but fairmined silver can be as much as 30% more expensive. 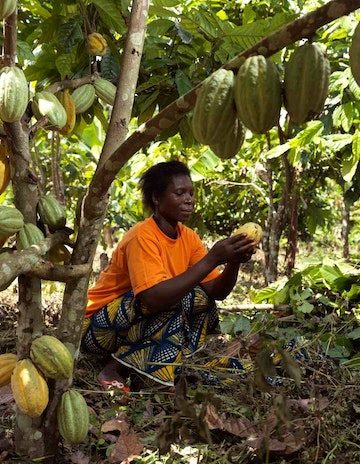 Sponsored
Explore all articles in Live