How Ethical Is Perfume? This Cruelty Free Perfume Puts Principles Before Profit

From synethitics to animal testing, perfume isn't always a rosy industry. We meet the ethical perfume brand getting it right and give you a how to guide to choosing a sustainable scent.

This article is sponsored by Fair Parfum

The Ethical Perfume You've Been Missing

Perfume often evokes scenic vistas of rolling hills, flower filled meadows and romantic cobbled streets but often the reality is far less enticing than the descriptions would have you believe.

Not only are the floral notes in your perfume rarely made from natural ingredients, but there’s an ugly truth lurking behind those beautiful bottles, says Kyra Hanson.

How Ethical Is Perfume?

According to the Environmental Working Group, most scents are sourced from the fragrance industry's 3,000 or so stock chemical ingredients, or they are petroleum-based (yep, the oil industry is up to its old tricks again).

What’s more, one-third of those ingredients have been exposed as known or potential chemicals of concern in a report by Women’s Voice for the Earth, a women’s rights group campaigning to end the use of toxic chemicals in cosmetics and household products.

But if you’re now looking at your perfume collection in despair, don’t fret. There are ethical perfumes out there.

One cruelty free perfume brand that thinks smelling good shouldn’t cost the earth or our health is Faîr Parfum.

Founded in 1888, Faîr Parfum knows a thing or two about the art of sustainable perfume making.

Up until recently, you had to be part of a perfume connoisseurs' private members club to get a whiff of these handmade, 100% natural scents. At ‘Le Club’, as it’s known, you were just as likely to bump into a philanthropist as a member of the aristocracy. Apparently Eleanor Roosevelt was a fan and Albert Sabin, the scientist behind the polio vaccine was a member. Oh to be a fly on the wall in the late 1800s.

But in an effort to preserve three generations of perfume making genius, Faîr Parfum has recently launched an ethically made bespoke collection of four fragrances which are released each year in a limited run online. No membership required.

While perfume is a saturated market, Faîr Parfum is a rarity. It’ll draw you in with its seductive scents and hold you there with its commitment to ethical and sustainable practices.

Read on to find out what makes a perfume ethical and why this cruelty free fragrance should absolutely be on your radar.

Look for perfumes that place an emphasis on locally grown, organic ingredients and small batch production.

These are likely to be using nature’s resources more responsibly than the mass produced, trend-driven scents.

Located in the heart of the perfume industry, Grasse, Faîr Parfum's setting is a far cry from the sterile labs where many mainstream perfumers concoct and test their fragrances.

In the cool light of dawn, pickers wade through a floral tapestry of rose, jasmine and tuberose, delicately detaching each flower by hand.

Surveying these flower fields, Philippe Charrier tells us, is better than meditation.

Philippe is the current chairman of Faîr Parfum, and the grandson of the original founder, Francis Charrier. Philippe didn’t just inherit a brand, he inherited the slow and considered values that power this perfume.

For those interested in the technical nitty gritty of how to make perfume, it’s as romantic as you’d imagine a ‘Made in France’ brand to be.

The process (which they are keen to stress is unique to Faîr Parfum) involves tossing petals on linen sheets, and leaving the perfume to stew (technical term: macerate) in wooden casks which are left to mature under the southern French sun.

Did we mention every step of this process is done by hand?

This is all the more impressive when you realise the numbers involved.

On a typical day the pickers gather up to two kilos of flowers.

For one liter of absolute (concentrated essential oils) they need a whopping 650 kilos.

Additionally, some ingredients such as the Centifolia Rose can only be harvested in a specific time window.

“So,” says Philippe, “you can see why brands want to push for synthetic ingredients and automated methods.”

While it could be argued that synthetics mean less pressure on our stretched natural resources, they aren’t without their issues.

The production of synthetics can lead to non-biodegradable toxic waste, high emissions and can be harmful to workers.

It prides itself on sustainably sourced ingredients and only works with partners with similar ethical practices in place.

The process might take considerably longer, but the result is a powerful aroma that’s kinder to the skin and to the earth.

According to Zero Waste Week, the cosmetics industry churns out 120 billion units of packaging globally.

With landfills close to bursting, look for brands that use recycled and recyclable materials alongside those with refillable options or take back schemes.

As part of its aim to support local employment at every stage of its production, Faîr Parfum employs local artisan glassblowers to create its bottles.

Each one is hand-etched before being neatly slotted into (FSC certified, of course) packaging.

Upcycle your empties or take them to the Perfume Shop in return for an on the spot discount.

"Forget top down culture, Philippe says come picking season, you can expect to see the whole team out in the fields helping harvest the flowers"

Have a social conscience

Increasingly, conscious consumers (that’s you!) aren’t just looking for good quality products, but brands that do good too.

The best among them support charitable causes, are partners to causes like 1% For The Planet or are certified B-corps.

Others like Fair Parfum have workers rights enshrined in their code of conduct.

Founder, Francis Charrier wrote in 1887, “My humble enterprise is founded on grand ambition, to make the world a better place, a Faîrer place.”

Yes, this brand takes its ethics so seriously, it even has its own constitution!

Fair by name and by nature, Faîr Parfum launched at the end of the 19th century with the aim of providing skilled artisans with fair and well paid work in the perfume industry.

For Francis and his partner Anna Karpova, Faîr Parfum wasn’t just about making people smell incredible. The staff were given a fair wage, they worked fewer hours, and company profits were used to educate their employee’s children.

This 19th century power couple also hired workers who had been laid off elsewhere in the perfume industry as mass production took hold.

Fast forward to 2020 and that commitment to workers rights still holds sway. Despite the huge uncertainty Covid-19 brought, no workers were laid off and staff were paid full salaries.

Additionally, the forward thinking company used their rainy day fund to provide subsidies so that staff were paid in developing markets.

While much of the industry outsources production, FaîrParfum keeps things local, with the whole process – from flower picking to bottling – still undertaken in and around Grasse, just as it has been since 1888.

Yet some ingredients can only be sourced from further afield.

Here transparency is key. Faîr Parfum only buys from local family suppliers and pays them at least 50% more than the market rate.

A rare thing in an industry where antisocial finance is rife, with directors making millions while workers in the fields barely scrape by.

According to Ethical Consumer, directors at the perfume conglomerate Coty Inc received more than 40 million dollars in a single year.

Forget top down culture, Philippe says come picking season, you can expect to see the whole team out in the fields helping harvest the flowers.

A process made all the more enjoyable because Faîr Parfum doesn’t use artificial fertilisers or pesticides.

Organic methods mean there’s an abundance of wildlife and you can breathe easy knowing pollinators aren’t dying for your eau de parfum.

For Philippe it’s about putting people and planet before profit. “Mainstream brands buy flowers by the truck load from all around the world, very little to no attention is given to where and how the flower is grown or how the farmers and pickers are treated,” he says

As well as favouring 100% natural over synthetic ingredients Faîr Parfum prefers to leave out many of the controversial ingredients favoured by the industry and for good reason.

Whether it’s palm oil and its links to mass deforestation or the horrific conditions suffered by animals such as civet cats while farmed for their scent glands, the mainstream perfume industry has a lot to answer for.

It turns out the ingredient known simply as ‘fragrance’ or ‘parfum’ could actually refer to a whole host of nasties, from cancer-causing carcinogens and hormone disrupting phthalates to internationally banned chemicals.

And things aren’t so rosy if you’re vegan (or an animal lover) either.

Although the use of animal-derived ingredients (real musk, civet and ambergris) isn’t as common as it used to be, around 80% of the world still allows animal testing for cosmetics.

While China recently relaxed its animal testing laws, vegan beauty buffs should take care to seek out cruelty free perfumes with Leaping Bunny certification and approval by the Vegan Society or Vegetarian Society.

And while more and more eco friendly perfume brands are being transparent about their ingredients, don’t be afraid to ask for a full breakdown.

As well as being regulated by both the International Fragrance Association (IFRA) and the EU, Faîr Parfum told us it does not contain parabens, phthalate, allergens, palm oil or synthetic dyes and also steers clear of the following: Methylene chloride, Musk ketone, Benzaldehyde, Benzyl acetate, Camphor, Ethyl acetate, Limonene, which can be hormone disruptors are considered carcinogens.

A scent with staying power

One disadvantage of natural, non-toxic perfumes is that they often don’t have the (often sickly sweet) staying power of their synthetically produced counterparts.

To get your money’s worth, look for a perfume with a concentration of around 20%, keep your perfume out of sunlight and spray hair and clothes for a lingering scent.

Faîr Parfum's 25% concentrated formula (the maximum allowed while still being sustainable), uses less alcohol, meaning you lucky things can bask in its aroma for longer.

In an industry leaning towards automation and environmentally damaging, cost-cutting practices, look out for perfume makers like Philippe with a deep admiration of nature and a strong code of ethics.

“We must appreciate the flower, it lives and deserves respect...This was passed on from my grandfather and father, and I too attest to this,” he adds.

Ultimately, Faîr Parfum doesn’t think the planet should suffer for its perfume and we’ll happily spritz to that.

Want to know what more than 130 years of perfume making heritage smells like? Shop the collection here.

This article is sponsored by Fair Parfum

The Ethical Perfume You've Been Missing 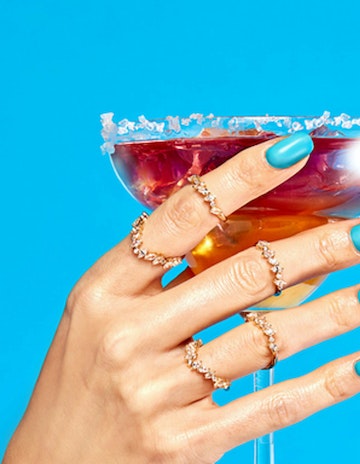