This article is sponsored by Scandale éco-lingerie

éco-lingerie designed and made consciously

“I think that we are far away from the destination, if ever there can be one for sustainability,” says Edouard Roche, CEO and co-founder of Scandale éco-lingerie.

While Roche acknowledges that his brand has “tried to move the line” within the lingerie industry, he is not content to sit back and reap the compliments. “There is much more to do,” he says.

An innovative brand from the start

Although distinctly modern in its focus on carbon reduction, certification, and supply chain transparency, the brand is built upon the foundations of almost 100 years of history.

Throughout the following decades, the brand continued to innovate, selling within Dior stores, manufacturing the first Lycra underwear, and collaborating with renowned fashion illustrator René Gruau to create a bold brand palette and logo.

Between the 70s and the aughts, Scandale changed hands a number of times before being acquired by Hong Kong-based Hop Lun in 2016.

Now relaunching with a renewed sense of purpose, Roche, who has previously spent time at the helm of brands such as Burberry and Ralph Lauren, was careful to build upon Scandale’s heritage rather than ripping it up and starting again.

“It was very important to keep the DNA and handwriting of being a French, sensual lingerie brand,” Roche explains.

“We’ve been working together with the head of design in order for the handwriting to be quite sleek, quite minimalist but at the same time beautiful thanks to the exclusive fabrics we have developed with our suppliers.”

“It’s all about looking back at illustrations from Scandale,” he continues. “We decided the line had to have a point of view, that it was not about being another brand that will do the same again and again.”

Alongside the French sensuality had to come values.

The development started with benchmarking 155 luxury brands, in order to get what Roche describes as a “helicopter view” of what was happening in luxury and how brands were faring against the three criteria.

Using the same matrix, the brand then scored potential suppliers from 0-5 and only approached those who scored a three or above.

In order to minimise the impact of its garments, the brand utilises proximity sourcing, ensuring that its suppliers and manufacturers are within close proximity of each other to cut out the back and forth of fibres, fabrics, components and finished goods, which can often clock up thousands of miles.

“When we aligned the pros and cons with this big idea of decarbonisation, it was very evident that we had to be [as few miles away as possible] from our supply chain,” says Roche.

“So, a trustworthy relationship developed with our two fabric mills which are in charge of the recyclability of the fibre, and them finding materials close by to their factories, then their factory not being too far away from where we manufacture and assemble.”

The necessity of proximity has prompted some compromises along the way.

For example, the brand investigated the possibility of using a Lyocell bamboo fabric, but the manufacturer’s factories were based in Europe.

Eco-development into fabrics and dyes

A permanent collection of 105 pieces based on 14 key silhouettes was conceived in order to maximise resource efficiency and defy the never-ending churn of fast fashion trends.

And the fabrics those 105 pieces are made from matter too.

Just as Perrier pushed the boundaries with latex and Lycra, Roche was eager to do the same when it came to sustainable fabrics and fibre.

The dyes matter too.

Chemical dyes are often water intensive, polluting, harmful to human health, and devastating to aquatic life, so why take so much care over recycled fibre content only to do harm with dyes?

With this in mind, Scandale created an undyed collection.

“If you want your lingerie not to fade under UV light, not to fade in the washing processes, if you want a vibrant black or a stunning red, it’s very complicated if you don’t use chemicals,” says Roche.

“But when we saw the undyed [pieces] we got very excited because it has a bit of a Comme des Garçons look; off-white, not matchy-matchy. So, we’ve started with 20% of the collection being undyed.”

Of course, 20% isn’t enough for Roche so next year the brand is trialling a “new kind of black” within a capsule collection.

If it’s successful, it will be expanded across the entire range.

Fabric is perhaps the most tangible eco-development for Scandale’s customers, but to satisfy those three original KPIs, it had to consider all angles.

“The beginning of our own story was 18 months ago,” says Roche.

“We signed a transparency pledge, and we are very close to the BSR HERproject, so companies will understand women as a human being more than a worker.”

The brand also enlisted BCOME to assess and score the impact of each product.

Customers can access the information on the Scandale website and via the QR codes that come with each garment.

The “le plunge side sling bra” in Scandale red, for instance, scores 9.1 for circularity, 7.7 for planet in mind, 7.3 for people in mind, and 8.2 for transparency.

Due to its third-party validation, transparency, work with BSR, supply chain diligence, and environmental considerations, Scandale has been awarded Pending B Corp Status.

“It was a very good sign because it happened before we launched,” says Roche.

But still – and you might be sensing a theme here – he says there is more to do.

Currently Scandale guarantees 100% traceability for its tier one and tier two suppliers, and is at 49% for tier three.

Closing the loop on lingerie production

Closing the loop is on the ‘must do better’ list too.

“The question is, what do you do with the waste?” says Roche.

“The first idea - but it was not very sharp - was to use some of the waste as a filler for mannequins and mattresses and so on.

"But we felt unhappy with that, so we cancelled the project, and we asked a supplier company to see if we could transform the waste fabrics into ‘chips’ and then the chips into material.”

The good news is, the same morning we spoke, Roche’s head of CSR called to say that the chips have the potential to be moulded into frames for glasses.

“We don't know if it will be frames or another type of product. But there’s definitely a big hope that we will be able to announce officially that we've managed to pass the finishing line of having no waste from the cutting table,” he says.

However, another question looms, what to do about end of life?

“You could have 20, 30, 40 different pieces of different fabric inside a bra, including some very tiny metallic parts like the wire or the hook and eye,” explains Roche.

Initially, Scandale did manage to find one supplier that may have been able to separate the metal from the fabric in order to recycle them, however, the brand thought it “was a crazy project to send products from Europe to the United States.”

I note that it’s positive to at least see a brand trying to find a solution for end-of-life where others won’t even consider it.

“But we failed. We failed. It’s not something that we’re super happy about to tell you the truth.”

No time for complacency

A CEO talking about failure, of not being happy, is a rare thing and something the wider industry needs more of.

Rather than expecting praise for what Scandale has achieved, Roche is pushing for more.

By rejecting complacency and always asking for more, Scandale changes the focus from achievements to the necessity of continued progress; a founding value of the brand yet one which is more relevant than ever.

View Scandale online to learn more about its progress with sustainability.

This article is sponsored by Scandale éco-lingerie

éco-lingerie designed and made consciously

10 Essential Things To Look For In Ethical Fashion Brands 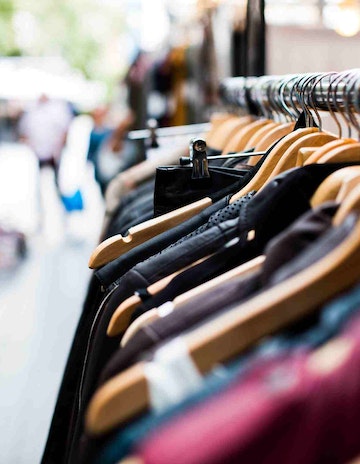