The Top 10 Climate Change Documentaries To Watch At Home

Here are our top ten documentaries to watch at home. Whether you want to educate yourself more about climate change, or be wowed by the magnificence of the natural world, there’ll be a film for you in this list.

Watching documentaries from home has to be one of the best ways to spend an evening in at the moment. It’s informative, inspirational, cosy and snack-friendly. Does a sweeter combination exist?

We are spoilt for choice when it comes to documentaries on climate change, wildlife and ecology. This list contains a few of the greats from each category, so everyone should be able to find a doc that hits the spot.

Are there still aspects of the climate crisis you feel a little shaky on? We’ve included some excellent films that will get your foundational understanding of the situation stronger.

Are you a little bored of hearing the climate change basics by now? You might enjoy an eco-friendly documentary that will give you more details and insights on a specific environmental threat or issue.

We’ve got some suggestions about the fast fashion industry, animal agriculture and the destruction of coral and rainforests. I know, I know, not all cheery but all pretty important.

Perhaps you know about all these subjects already, or maybe you just don’t need any gloom and doom. We’ve finished off our documentary round-up with some more uplifting films. If you fancy disappearing into the depths of the sea or a story that restores your faith in humanity, read on.

It’s sort of an unwritten rule that you have to start with Sir David Attenborough when you’re talking about documentaries to do with the natural world. That being said, Climate Change - The Facts is a little different to his usual depiction of the wonders of the animal kingdom.

If you still feel like you have a few blindspots when it comes to climate change, or if you want to educate your kids about it, this is a good one to begin with. As the name suggests, it lays out the facts of the climate crisis clearly.

Having the facts spelled out by such an iconic figure (and his iconic voice) is a disconcerting but effective way of helping you develop a fundamental understanding of what we’re facing. This doc includes interviews with some of the world's leading climate scientists, explores (what were back in 2019) recent extreme weather conditions, looks at what climate change could mean for the human species and profers some potential solutions.

It’s a bit of a throwback now, but a classic nonetheless. An Inconvenient Truth documents former United States Vice President, Al Gore's, campaign to educate people about global warming. The film is actually a version of a presentation Gore gave countless times to audiences all over the world, in an effort to make people take climate change seriously.

It covers the key ways in which humans have hurt the planet, and lays out the changes that need to be adopted to counteract the damage. This was a trailblazer for climate change documentaries to come, and has been credited as the first film that raised public awareness of the crisis. It can be interesting and sobering to see what we have, and haven’t, done with the scientific evidence that was presented to us all the way back in 2006!

If you’re settling in for a night of self-education, there is a sequel to this film: An Inconvenient Sequel: Truth To Power. This 2017 follow up doc sees Al Gore training influencers and activists around the world about how to get the message heard. There is a more human element to this film, that looks at how people deal with the challenge and responsibility of taking positive urgent action.

Are you familiar with the facts about climate change now and looking to expand on your understanding?

Your at home documentary watch list should encompass something about the fast fashion industry. This topic is something that pebble is passionate about, so have a read of our features exploring what’s wrong with fast fashion and what makes a fashion brand ethical to learn more.

The True Cost explains who is paying for our cheap clothing. That means the people actually making our clothes, so many of whom are being severely mistreated and exploited. It also, indirectly, means all of us. This is due to the massive toll fast fashion is taking on our planets and our own health.

You will be taken all around the world with this doc, from horrifying factories to high fashion runways. Those at the forefront of the industry, like Livia Firth and Stella McCartney give interviews and elucidate the life behind your wardrobe.

The True Cost explains who is paying for our cheap clothing

Keen to continue along the fast fashion thread now? Top up the popcorn and put RiverBlue on. This documentary can take you deeper into the unsustainable clothing catastrophe. It focuses on the pollution caused by unsustainable fashion, especially to our rivers, many of which are crucial for the survival of swathes of the global population.

This is an especially shocking one, since it shines a very revealing light on some of the fashion items that we might not deem unethical or describe as ‘fast fashion’. You’ll find out how they are actually contributing massively to pollution problems.

RiverBlue focuses on the pollution caused by unsustainable fashion

This is an at home documentary staple, whether you’re interested in veganism or totally against it. The film explains how and why the animal agriculture industry is the main force behind deforestation, water consumption, greenhouse gasses and pollution.

Perhaps the most shocking thing about this documentary is the response that the major health and environmental advisories give to the gentle and unassuming filmmaker behind Cowspiracy. So many big names, who claim to be authorities on and advocates of sustainability, are totally unwilling to even discuss animal agriculture when they are politely invited to interview.

Equally, if you are new to the environmental impact that large-scale factory farming is having on our planet, this great doc explains it very clearly and offers some solutions.

Learn how the animal farming industry is the main force behind deforestation, water consumption, greenhouse gasses and pollution

If Cowspiracy has got you thinking about how many animal products you want to be eating then, this quirky ‘mockumentary’ is an interesting look at the ethics of the issue.

Carnage was made by comedian Simon Amstell and is a humorous foray into a fantasy future where the world is vegan. Eating animal products is seen as barbaric by the entire population, but was once the norm for the older generation. Young people cannot believe that their grandparents were party to something so evil, and older citizens are deeply ashamed of their past behaviour. The film illustrates how they need to be forgiven in its own weird, thought provoking and funny way.

Before The Flood is worth adding to your watch list if you are interested in hearing from the people who have cutting edge science at their fingertips and/or the power to influence how governments and authorities respond to climate change. It is presented by The National Geographic but features Leonardo Dicaprio, as the United Nations Messenger of Peace. He travels to five continents, turfs up a huge disinformation campaign about climate change and endeavours to engender hope about our capacity to halt the crisis.

This doc does not provide a huge amount of new information about the situation and its severity. However, Dicaprio does quietly use his influence to speak to some big names in the fight against climate change and gain access to areas that are feeling the most drastic effects of the emergency.

Hear from some big names in the fight against climate change

It isn’t the most uplifting at-home-viewing, but if you feel in need of an evidential climate change boost, then there is no better place to look than at the world's bleached and vanishing coral reefs.

Chasing Coral documents how arguably the most beautiful natural feature of planet earth is being devastated by climate change at an unprecedented rate. This documentary was filmed over the course of three years, and shows the degradation of coral all over the world, within this time frame. It took a huge and inspirational volunteer effort to get this documentary together and a campaign to save the world's reefs has been born out of it.

You are taken along with the photographers and divers who explore the science and evidence behind the reef’s disappearance.

Yep, we’re going there again. All the aforementioned films are fantastically educational documentaries to watch at home. Still, they are pretty heavy going. Celebrating the beauty of the world is another way to inspire us to protect it!

Any of David Attenborough’s documentaries, save the one we mentioned earlier, are going to give you an awe-inspiring feeling, but The Blue Planet series is one of the most incredible.

Over two thirds of the world is covered in water, and yet we know more about the surface of the moon than we do the ocean! Suffice to say, there are some creatures down there that look as if they've come straight out of Roald Dahl’s imagination. Sit back, and get flabbergasted.

The Blue Planet series is awe-inspiring

There's a reason this documentary is so popular to watch at home. Virunga also has some incredible and beautiful footage of wildlife.

Unlike The Blue Planet, however, this film has a narrative and is as much investigative journalism as it is nature doc. Virunga is a national park in the heart of The Congo, which is home to the world’s last tribe of mountain gorillas.

The footage tracks the story of a group of Park rangers and their efforts to protect the UNESCO world heritage site from the many threats it faces. These initially take the form of armed militia and poachers, but are compounded when a rebel group also declares war in The Congo. The filmmakers, conservationists and the nature they are endeavouring to protect become caught in the crossfire, and the best and the worst of human nature gets magnified as a result. 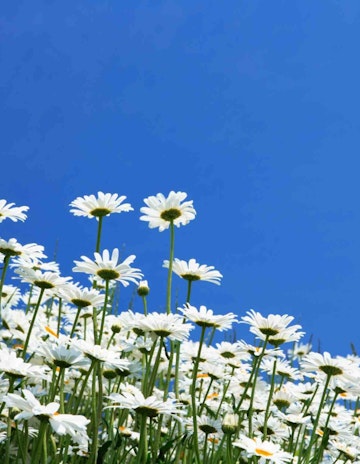 28 Sustainable Homewares To Update Your Home This Summer