Toyota RAV4 Plug-in Dynamic Review: The Everyday Electric Car And Then Some

What EV should you buy? pebble's editor Georgina Wilson-Powell, test drives the Toyota RAV4 Plug-in Dynamic and sees how it stacks up.

Most of us are keen to swap to an electric vehicle as soon as finances and charging accessibility will allow, including me, so I jumped at the chance to test drive a new EV, but

So how did Toyota's RAV4 do in a normal household for a week?

I always think it's important when reviews aren't just about the tech specs but also include the practicality of owning a new type of car (or gadget etc) and how it fits in (and hopefully improves) on daily life.

The Toyota RAV4 Plug-in Dynamic feels like that kind of car - it's a not a full jump over to 100% electric but for the moment it's the best of both worlds, acknowledging that not all of us have access to EV charging at home (including me) or that away from home charging networks are anywhere near good enough if we're to all give up petrol engines by 2030 (the UK's deadline).

What we've got in the sporty RAV4, which is made by Toyota, is a super light SUV with plenty of room for kids, pets, the kitchen sink and quick access plug in electric charging that will keep you on the road locally, for school runs, shopping runs and anything else near by with an electric range of around 44 miles.

It also hits 60mph in under six seconds so this isn't a sluggish, heavy SUV - more like an SUV body that's lighter and quieter than anything from a petrol engine.

That was good enough for me to make several journeys to 'Big Sainsburys' and take the Toyota RAV4 on a camping weekend with friends, 45 minutes down the road in Kent. The handy large boot handled the tents, fairy lights and wellies, it looked like we we were packing for Glastonbury.

What's great about the Toyota RAV4?

For those still undecided about an EV's capability, this clever SUV is hiding a whole lot of torque, which means it handled tiny country roads like a dream - the car feels ridiculously light and steers as if it was on tram tracks - but crucially it was also happy off roading over a bone dry field to our camping pitch.

For journeys beyond your local everyday driving, under the bonnet there's a 2.5 litre engine which sits happily with the a high-capacity lithium-ion battery.

Toyota have been leading the way on hybrids for years (they're onto fourth-generation hybrid technology) and it shows - your old world fuel and new world electric power switch back and forth automatically, there's a raft of petrol/electricity saving options from your dashboard and the RAV4 is surprisingly nippy for a large SUV.

If you've not driven an EV before, then driving becomes super simple - a matter of acceleration and steering as the car handles everything else. In the RAV4, there are a raft of automated extras including:

Are there any issues with the Toyota RAV4?

How long does the Toyota RAV4 battery take to charge

For a 46 mile electric range, the Toyota RAV4 battery should charge in 2.5 hours when using a 230v / commercial charger.

It will take 10 hours if you plug it into a home socket.

On top of 19 inch wheel trim, the RAV4 is stylish and comfortable, with plenty of room in the back and in front, for everyone to enjoy the ride.

Add on options include a panoramic sun roof and quilted leather seats, but even on the standard model, there are front ventilated seats, heated seats throughout, dual zone automatic AC and electric lumbar support for the driver.

Even if you only jump in and out on quick trips each week, this is car you'll feel happy spending time in - especially with its simple bluetooth and smartphone integration meaning you won't miss calls, or notifications (when it's safe to look). Plus the comprehensive infotainment system is easy enough to pick up in a couple of rides.

How much is the Toyota RAV4?

The Toyota RAV4 Plug-in Dynamic costs from £44,140 when bought new

Even in the last few years (since starting pebble) hybrid EVs have come on leaps and bounds in terms of charging, handling and the huge range of automatic extras over and above the basic drive. I found it highly efficient in terms of electric range and super enjoyable even on the really short runs.

The Toyota RAV4 is at the front of these changes, driving one of these feels like leaping a generation ahead of my petrol car, in safety, connectivity, power and style.

While hybrids might not be for everyone, for those focused on local trips, the EV power here should be enough that your petrol engine is just a handy back up and hardly used. If you've got a family to accommodate, then this is one sweet ride that will suit everyone and the environment. 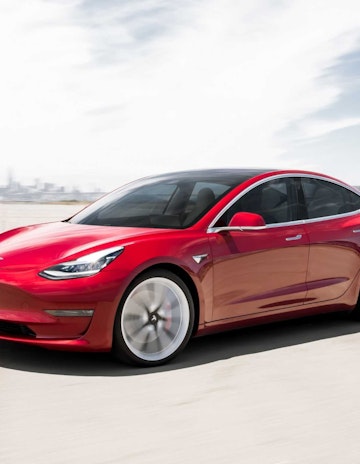 Would you drive an electric car to Australia?